Heaven Is all About Him 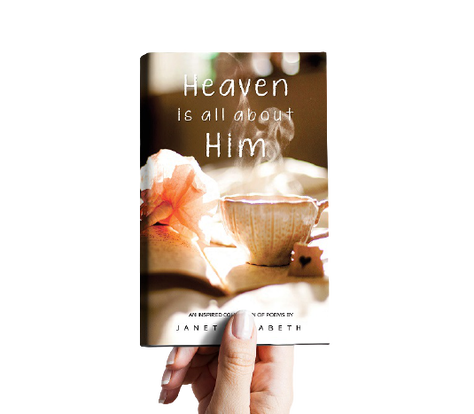 When I became a Christian 10 years ago at the age of 51, I was encouraged to journal every morning.
My verses and poems became a regular occurrence, words from God that would speak about what was going on in my life, that would answer my questions and encourage me in my day. ​These words have an effect on anyone who read them too, and I would pass them to friends when I knew the word was for them.
I had no idea that God sometimes talks to us in these amazing ways and I’m always excited when others get such pleasure from them.
My book of poems is called Heaven Is All About Him. I believe that one of these poems is specifically for you and I give a poem to everyone who buys the book.
From my journal also came a children’s rhyming book The Good Samaritan which I have illustrated. The Good Samaritan Companion - puzzle and colouring book, was written to accompany the story.
I have finished the Prodigal Son too – and it is now in print as of May 2019.
​There will also be 2 more in the parable series.
I am known as Jan to most people but I write under my Christian names Janet Elizabeth.